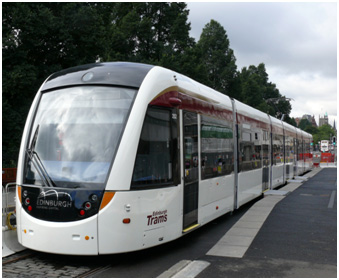 Anyone who lives in the Capital (and especially their taxi drivers) will tell of the seven plus years of misery inflicted on the general populace as the tramworks literally held up Edinburgh.

So when the trams started running on 31 May, I was curious to see what all the fuss was about.  Would the pains of a difficult birth disappear now that the healthy infant had finally arrived?

Took the car to the Ingliston park ‘n’ ride and went to buy a ticket for me and my 15 year old daughter to the end of the line – York Place.

Problem no. 1: the cost of our two single tickets came to £2.70, but the minimum card transaction on the platform tickets machines was £3.00. The machine simply refused to sell us a ticket.

Problem no. 2: one of the two ticket machines on the platform had broken down.  By the time the first tram arrived there was an irate queue of would-be passengers still waiting to buy tickets.  The helpful platform attendant said he would “have a word” with the inspector on board the tram and we could buy our tickets on board.

Problem no. 3: the inspector told the 6 people who got on board that they couldn’t buy their tickets on the tram and would have to get off at the next stop or pay a £10 per person fine. 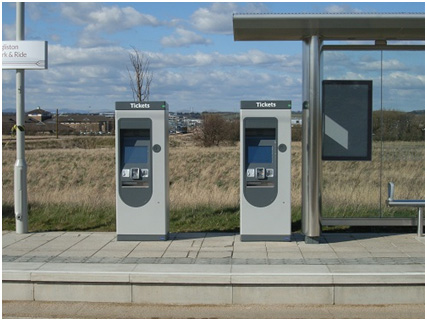 Problem no. 4: posters on board advertised a handy app that you could use to buy tram tickets with.  I hurriedly downloaded said app, but the ticket buying part had not yet been activated.

Problem no. 5: now ousted from the first tram and still facing the £3.00 minimum limit issue, I tried buying two return tickets. But only the airport ticket machines sell returns. In desperation, I bought two tickets each, thinking we would be able to use these on the return trip (or exchange them for valid tickets).

Problem no. 6: on alighting at York Place, I asked the nice manny if I could use the extra tickets I had bought (“Nut.”) or if I could change them for valid tickets (“Nut.”). So I went to the cash machine and got £10 out.

Problem no. 7:  unbelievably, the ticket machines don’t take notes! In desperation, I asked the manny if he had any change (“Nut.”) or if he could sell me a ticket manually (“Nut.”).

Problem no. 8: having found a second attendant who did have change, put £3 in the machine to buy two tickets costing £2.70.  The machine dispensed the tickets but kept the change!

I won’t even bother to report on the stuffy, poorly ventilated, heavily overcrowded, stop/start stand up return journey to Ingliston.  Suffice it to say we would have been quicker, more comfortable and a lot better off using the bus.

Which sounds awfully like what a lot of people have been saying about the trams all along.