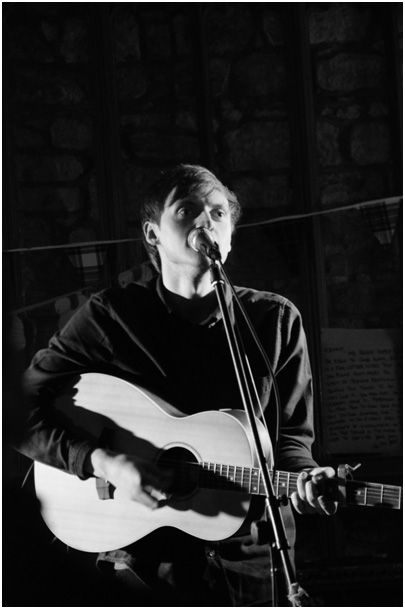 We (and that should really be I) parody Margaret Thatcher’s ‘We have become a grandmother’ to bring you exciting news of developments in the music world. A world not unfamiliar to us before but now with deeper meaning for us 60 Watters, blood being, as it were, thicker than water.

You may remember Hamish James Hawk (son of our eponymous Head of Art) starting out on his musical career last year with the release of his first album Aznavour. Well since that humble beginning, his lyrical stature has grown like Topsy.

We follow in his footsteps. quite literally with gigs up and down the country: Glasgow’s Poetry Club, Sneaky Pete’s, the World Tour of Crail 2015, The Fence Collective’s annual Yellae Deuks extravaganza…and many more festivals and events in the pipeline. New songs, new venues and now, introducing his brand new band , Hamish James Hawk and the … well, the name is still in gestation (and we at 60 Watt know the angst involved in that) but will be announced in due course.

And with this brand new band come brand new opportunities. First up is the dream ticket, support to the majestic King Creosote at the Perth Concert Hall on Friday, 22 May 2015. His biggest venue to date and one that will introduce his distinctive voice to many more people.

Here is but one small quote from Nick Mitchell at WOW 24/7:

“(Hawk’s) proving to be a prolific, idiosyncratic talent, armed with a suite of songs that are full of bittersweet laments and more lyrical nooks and crannies than the East Neuk coastline.”

And now with added oomph!

New songs like ‘Hubble Space Telescope’ will have you dancing and pogoing frenetically anywhere there’s a space whilst ‘Catherine Opens the Window’ will empty handbags of Kleenex tissues.

For a memorable evening with KC and HJH get yourself and friends to the Fair City on 22 May . You won’t regret it because as Hamish sings, ‘regrets are for the old’.