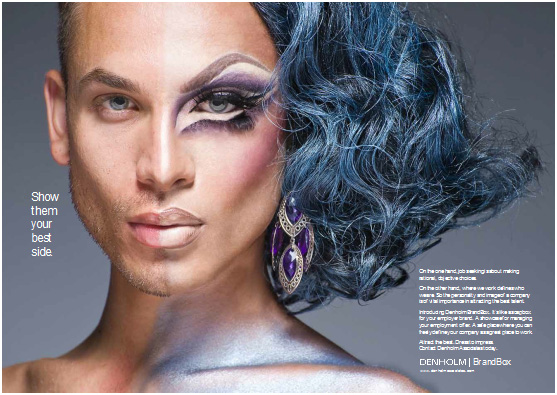 John Denholm and 60 Watt go back a long way.

All the way to the start of the Leith Agency.

And to Hall Advertising before that (remember them?)

All these years later we’re honoured to count John and now his talented wife Nikki among our clients.

Their eponymous marketing recruitment business goes from strength to strength.

It’s just launched (with our help) a new employer branding division named (with our help) BrandBox, a genius idea that finally fills the gap left behind when the recession killed off branded recruitment advertising.

An idea that would probably have been dead in the water.  But as luck would have it, Pete just happened to be in New York that week and, on the off chance, contacted Leland to see if he would like to meet for lunch.

The resulting ad – hopefully the first of a long-running series, can be seen above.

Leaving us to reflect that this business is all about relationships.

Always has been, really.